The Science of Baking Soda

Ah yes…baking soda, the magical ingredient that makes baked goods fluffy and light. Can you imagine if all breads were flat like a cracker or if a soufflé did not have its pillow-y top? And let’s face it, that’s literally the only point to a soufflé!

These are just some of the luxuries provided by the miracle, or chemical reactions, of baking soda. Here I will illustrate how baking soda works and demonstrate why a scientist went out of his way to discover it. Want a hint? It involves replacing a microscopic organism found pretty much everywhere.

To be fair, you can get that fluffy result by other means, but these tend to be less reliable, slower, and not as cost effective. Originally yeast was the way to go to raise the dough! (yes that rhymed). It was discovered around 1500 B.C. by Egyptian bakers who found yeast growing in old bread dough produced gas as a byproduct. It caused the dough to rise and, BOOM, the first ever sourdough bread was discovered. Sorry, San Francisco! 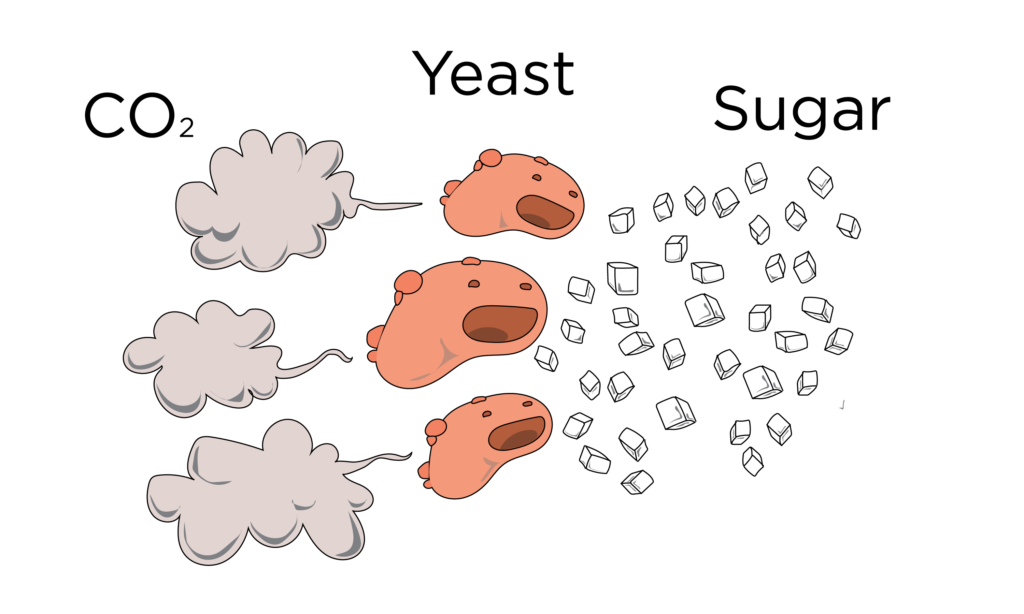 How does yeast work? Well, that’s a whole other blog post, but basically it digests sugars and turns them into carbon dioxide gas. For the next 3,000 years, yeast would be the go-to leavening agent in baking. Yeast, however, is slow at this process and ain’t nobody got time for that. So people eventually started looking for better ways to achieve the same results, but faster.
Simply put, no one had enough time to create the perfect growing conditions for yeast to culture.

Other methods of getting CO2 came about by looking at reactions between acidic and alkaline compounds. These reactions produce the carbon dioxide necessary for dough expansion. In the 1830s, sodium bicarbonate, aka Baking Soda, was identified as the perfect agent for producing CO2 when mixed with an acidic ingredient such as sour milk or vinegar.

In fact, it’s the perfect way to test if your baking soda is still fresh. Add 1/2 teaspoon of baking soda to 1 tablespoon of vinegar. If it bubbles violently, it is still good to use. If not, discard it. 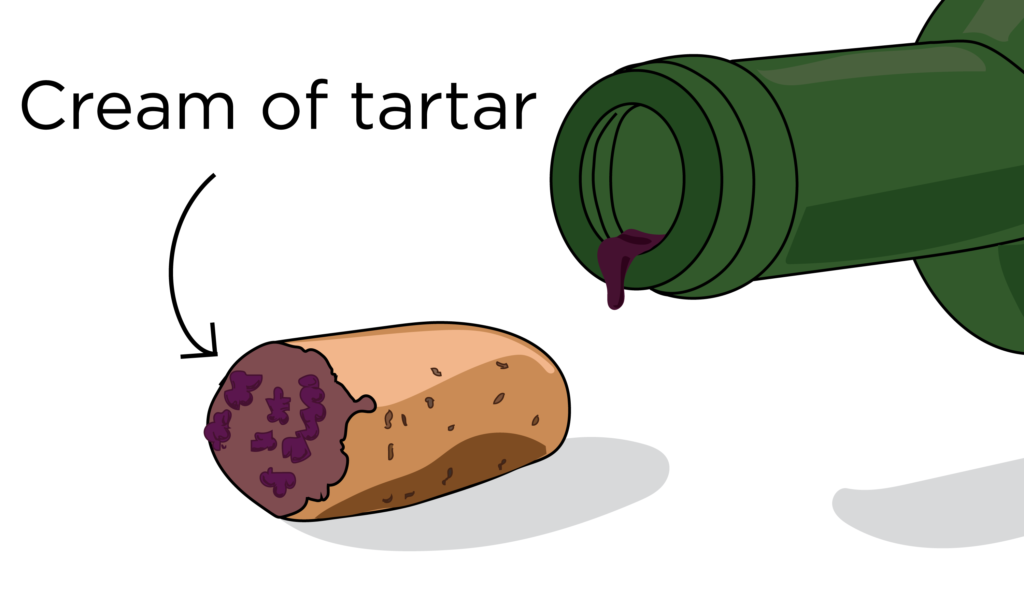 Combining sodium bicarbonate and cream of tartar (a byproduct of wine fermentation) was the first reliable CO2 source discovered. Cream of tartar crystallizes out of fermentation when wine is subjected to a chilled environment and then would need to also be purified. Due to the tedious process of making cream of tartar, it became extremely expensive and so not cost effective. So unless you had your own winery, you were sh*t out of luck. Cream of tartar was expensive and, all in all, a difficult ingredient to come by.

In the 1860s, Eben Horsford replaced expensive cream of tartar with calcium acid phosphate (mono calcium phosphate), this along with Baking Soda and cornstarch as a stabilizer makes modern Baking Powder! Without a doubt the use of Baking Soda revolutionized baking, making it less of a guessing game and more of a scientific process.

Ever have a balloon but realize you suck at blowing because you have hamster lungs? Well you can blow it up with baking soda instead, similar to expanding dough! Just put the balloon on top of a water bottle with baking soda and vinegar in it and CO2 will start to form. Once there is enough CO2 gas, it will start to fill up the balloon to where it is visibly blown all the way up. If you were a kid at one point, chances are you have done this experiment before. 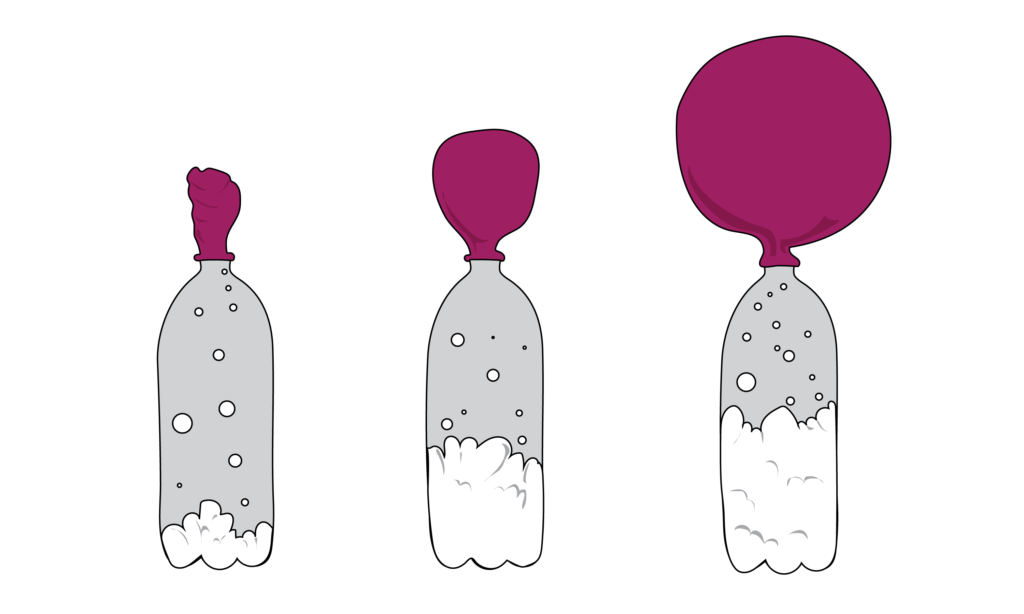 In baked goods, this very experiment happens millions of times over! To raise the roof on the dough or, leaven it, the CO2 forces the bread to expand as the gas tries to escape. To catch these pockets of CO2 throughout the bread, giving it that light airiness, all CO2 bubbles are contained by the dough’s stretching abilities. Just picture a ton of tiny balloons forming within the dough.

This elasticity in the dough is commonly due to flour. Flour usually contains two particular proteins, glutenin and gliadin, which, when added to water, form a gummy substance called gluten. Yes, that thing your crazy aunt says is bad for you but cannot tell you why. Honestly, unless you have Celiac disease, shut it. Once the reaction is complete and the dough is baked, the expanded form the gas created is cemented in the baked good’s finished form. This is what makes baked goods fluffy and light.

If you’re looking to experiment with baking soda, other than by blowing up balloons, check out this recipe for Bourbon & Brown Butter Cookies.

If you are looking for a more dangerous use of baking soda and desire to be arrested you can also get ideas from drug cartels. Why, you may ask?…Because in the words of a musical artist of today : “Bakin’ soda, I got bakin’ soda.”

To your inbox. Get exclusive recipes, cooking tips, and so much more.