Bock Beer & the Mysterious Cult of the Goat

Bocks are lagers… and I’m guessing that when you think lager you think pale, yellow, straw-colored beers that you guzzle from a can or stein. Drink cold and clean your palate. That is not a bock. Take everything you think you know about lagers and chuck it out.

What is a Lager?

Lagers are defined by their yeast, not their flavor, color, alcohol level, pairing suggestions, brewery or any other factor-just the yeast. Let’s pan the camera back for a moment: Yeast is the primary fork in the beer style road. Beyond that is malt profile, hop profile, brewing techniques, etc that will lead a beer down its path to its definitive style. But every single beer in the world starts with one of two of yeast species: ale or lager. And I mean “starts” – beer is basically hot barley tea unless yeast gets a chance to join the party and turn water into beer, converting sugar molecules into alcohol and CO2.

Literally every beer you can think of is either an ale or a lager by definition (ales accounting for the majority of beer styles out there). Like IPAs? Ales. Like Barleywines? Ales. Like Russian Imperial Stouts? Ales. Like Pilsners? Lager. Like Bocks? (do I!?) Lager. Like Anchor Steam?… well actually this is a special type of beer made with lager yeast but brewed like and ale so… let’s save that style for another time shall we?

Back to our beautiful lager at hand: Bocks were being brewed before humans even understood that yeast was required to make beer, they weren’t trying to “make a lager,” no one knew what that was yet. They happened upon this recipe, and it rocked.

The History of Bock Beer

Centuries ago in Germany, bocks popped up on the beer scene. They were made with darker malts, crazy amounts of darker malts to be scientific about it, and had a higher alcohol content than typical lagers are known to have. Brewing began in the late fall/winter and fermentation lasted throughout the coldest months of the year which makes lager yeast very happy: all that delicious malt starch converts to sugar and then yeast dives in and eats until its full and tired-leaving lots of alcohol behind, along with the leftover sugar it couldn’t finish. And by springtime these brewers discovered they had a delicious, high-octane, full-bodied, yet easy-drinking beer style on their hands. Over the years they began making improvements and adjustments and that’s why now, we have variations of bock style beers with a wide range of characteristics. 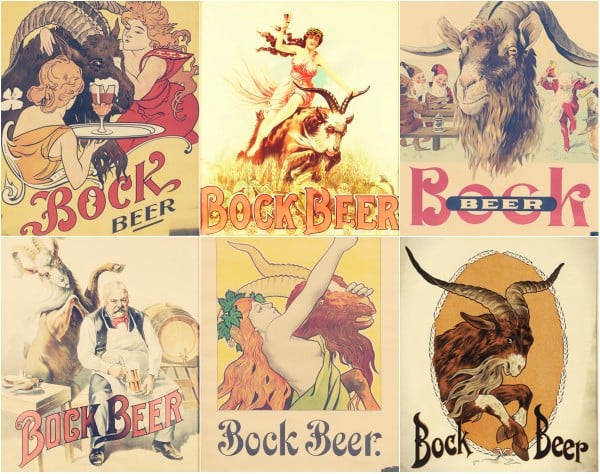 Bocks range from relatively light/amber in color, all the way to mahogany hues. They range in ABV from 6%-10%+ depending on the brand. Maibocks tend to have more hop presence, Dunkelbocks have some roasty notes, Doppelbocks are loaded with caramel flavors, etc. ALL bocks are characterized by malty sweet goodness. That’s what they have in common.

But what’s with all the goats? Well, bock was first brewed in the 14th century by German brewers in the town of Einbeck. By the 17th century, Munich brewers had adopted this style but due to their thick Bavarian accents, citizens of Munich pronounced “Einbeck” as “ein Bock,” which means billy goat. And to this day, a goat often appears on the label, as a visual pun.

BIG sweet flavors, with lighter lager-based bodies, mean that bocks are excellent food beers, especially for cheese! Pair them with a fresh chevre (goat themed parties anyone?) to accentuate the grassy freshness of the cheese and the malt sweetness of the beer. Or pair with rich stinky cheeses like Red Hawk to meet flavor with flavor and take the edge off of both products in an unexpectedly lovely way. They definitely make great dessert beers! If you are serving hearty chocolate cake or tiramisu, a doppelbock will pair beautifully with the sweetness of your dish!

Bocks tend to live in the background of a beer wall. Not many domestic breweries play with this style but they SHOULD and there are some great examples out there if you look hard enough. Germany however still has this style on lock. Paulaner Salvator from Munich is the quintessential doppelbock (no joke…most breweries making a doppelbock will add a “-ator” to the end of the beer name in honor of Salvator. I recommend Celebrator or Optimator) and is a great place to start if you’re new to this style; originally made by the Paulaner monks in 1629 and its rumored to have been their solution to fasting for lent (can’t eat for 40 days? How about we drink intense beer instead?).

Springtime is HERE! And the best way to ring in the start of the new fresh season is to celebrate the foods that embody the seasonal traditions around the globe. Step up your lager game and reach out to history: welcome back your old friend bock. 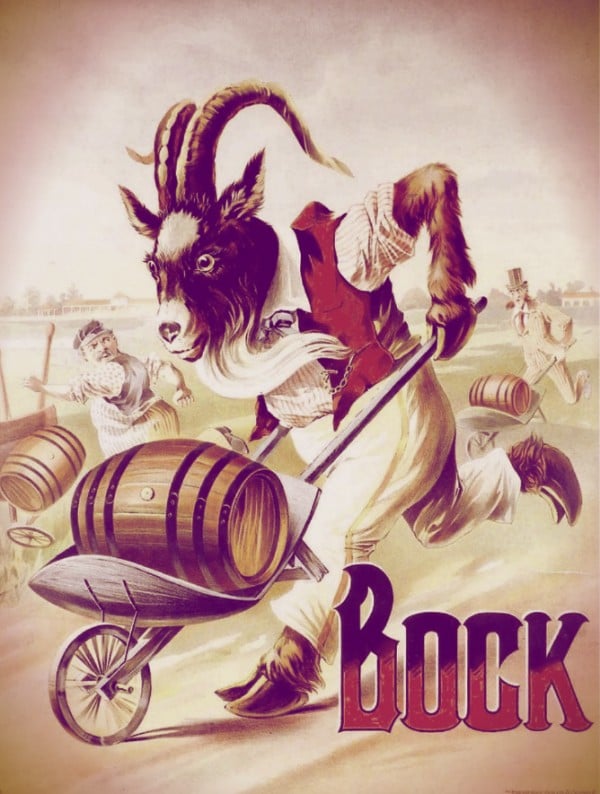