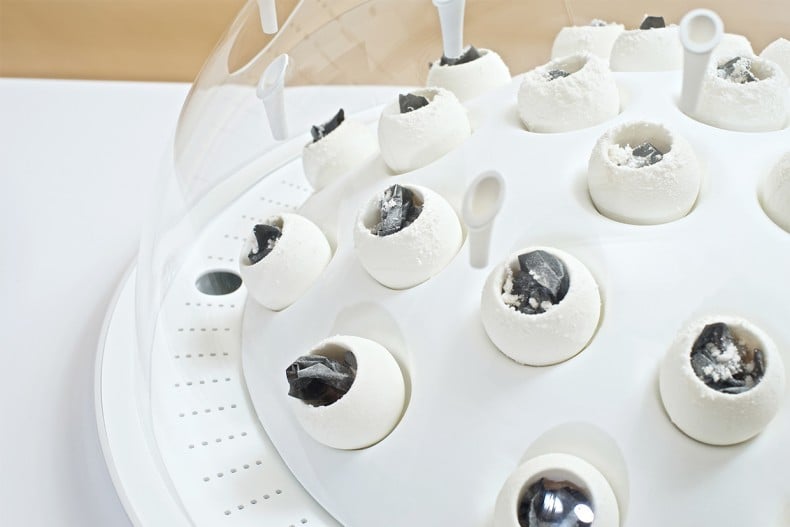 A team of microbiologists and designers have created a device that turns man-made trash–specifically plastics–into edible mushrooms. Not the kind you’re used to buying at the farmers market, more like something out of a Björk video. Still… completely edible and that is damn cool!

The device is called the Fungi Mutarium.

So how does it all work? It’s basically a temperature-controlled incubator that houses these hollow egg-like pods made from agar (an algae-based gelatin), sugar, and starch, called “FUs.” Plastic that has been sterilized using UV light is then placed inside the pod’s cavity. A liquid containing mycelia (the vegetative thread-like part of a mushroom) is then added to the pod. And here is where the magic happens! The fungi begin metabolizing the plastic (and the agar), leaving no traces of the original waste. All that is left is a fluffy, edible pod. 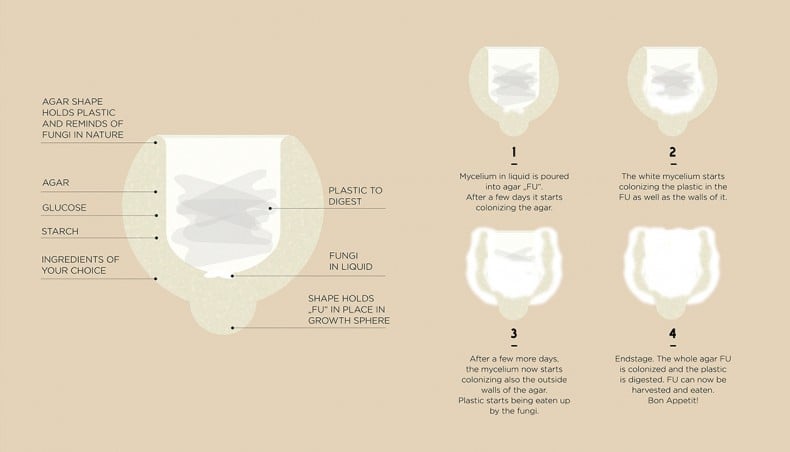 The harvested pods have a somewhat neutral taste, according to the team. But they can also be nutty or even spicy. It just depends on the mushroom strain. The mycelia used comes from oyster mushrooms and split gill mushrooms, two of the most popular mushrooms in the world.

Of course, the Fungi Mutarium has it’s work cut out for it.

Sure, the few months it takes the device to eat through a plastic bag is quicker than the thousands of years it would take to degrade on its own in the wild. But we have a mass of plastic floating in the Pacific Ocean that’s the size of Texas!

Why? Well, Americans discard about 34 million tons of plastic each year, but only 7-percent of it is actually recycled. So plastic is there, just sitting in landfills, waiting to decompose. And what is it doing while it takes 1,000 years to degrade? Oh, it’s just leaking pollutants into the soil and our waterways. If that wasn’t depressing enough, check out these 22 facts about plastic that are guaranteed to ruin your day. 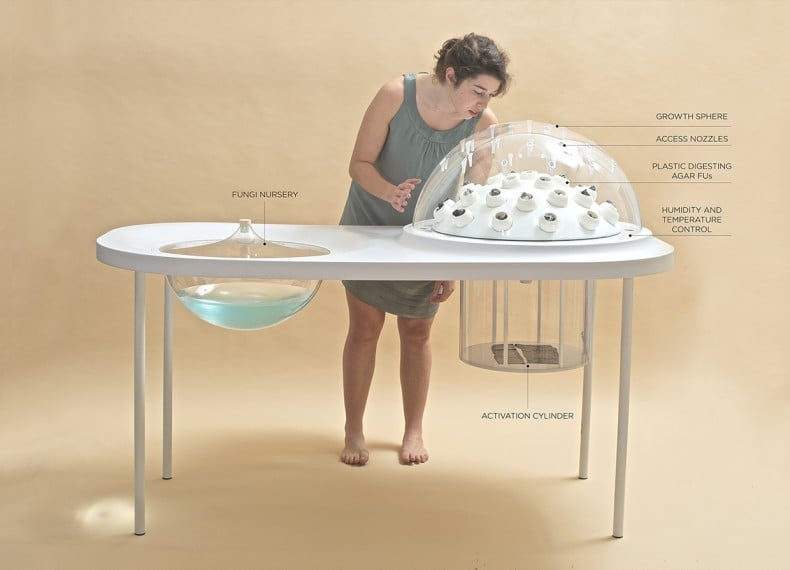 But the scientists are now looking for ways to speed up the process by manipulating the temperature, humidity and other elements of the environment inside the dome. They’re also considering genetically modifying the fungi to make them grow faster.

With all the dome talk and the possibility of GMO fungi, this project is beginning to sound like a Stephen King novel. 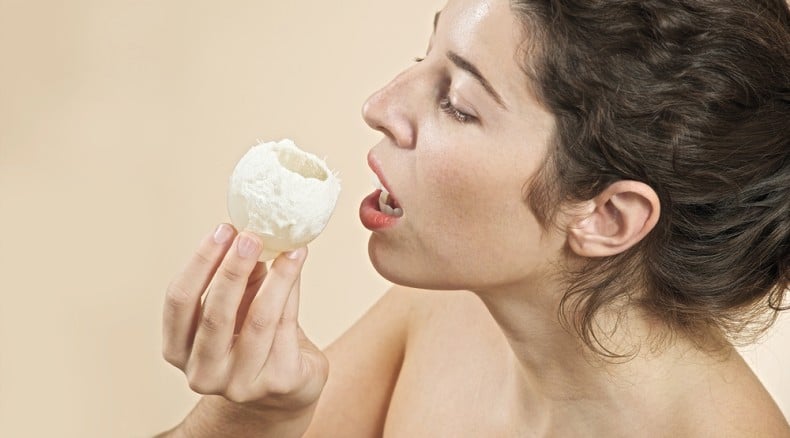 While I applaud the work of Katharina Unger, Julia Kaisinger, Prof. Dr. Han Wösten, and Kasia Lukasiewiecz, don’t expect KitchenAid to release a countertop version anytime soon. The device is still in the research phase.

Here’s the big question… would you eat one? Let us know.