Yes, Cooking Stoned is a vegetarian blog. No, these marshmallows are not vegetarian. Welcome to that fuzzy little paradox we call life! I have said this before and I will say it again, I rarely eat marshmallows because of the gelatin (let's just call it gelatingate), but when I do... I rather make my own, understand all of the ingredients involved, and that is that. Feel free to scroll to the comment section and flame me... or should we eat some f**king awesome bourbon and vanilla bean marshmallows?

Yah, thought so. Pour yourself some bourbon and let's get started, shall we? I mean, why should the marshmallows have all the fun! 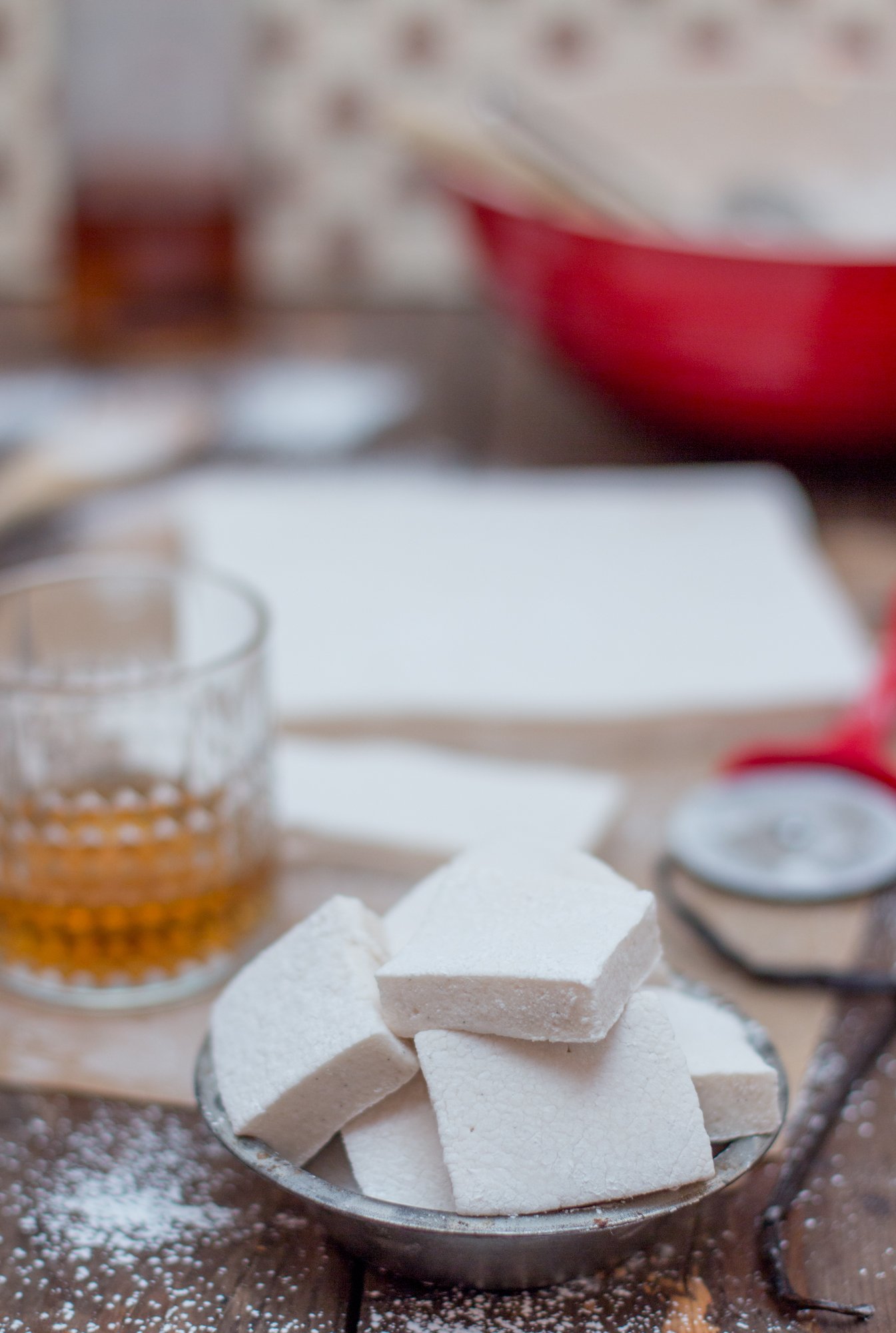 In a small bowl, combine the 3 envelopes of unflavored gelatin and 1/4 cup of the water. Mix and let stand. Be forewarned, it’s gonna look pretty gross once it sets. Also, really, before you go any further, I suggest having all ingredients ready to go. You will thank me later, when you aren’t covered from head to toe in powdered sugar and cursing my name. 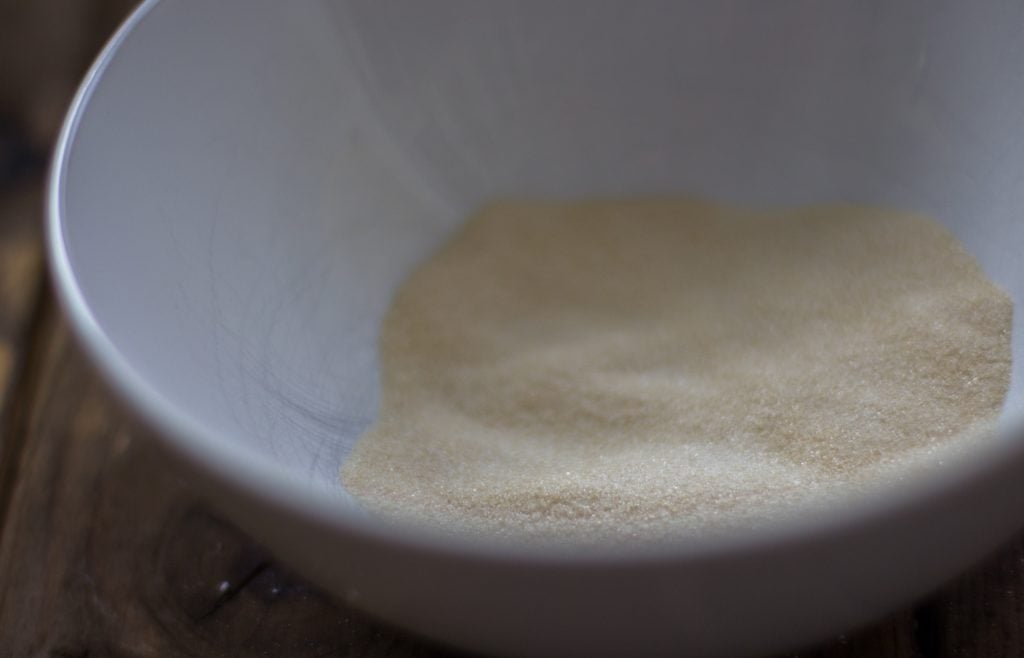 In a small sauce pan, combine 2 cups of sugar and the remaining water and warm it over a medium low heat. A minute later, add in ⅓ cup corn syrup and turn the heat up to medium-high. You’re going to bring the mixture to 240 degrees F. I admit, I try to avoid corn syrup and even have a corn-syrup-free marshmallow recipe, but even this recipe uses two-thirds less than traditional recipes. Corn syrup prevents the mallows from crystallizing and with the addition of bourbon, it is sorta needed. 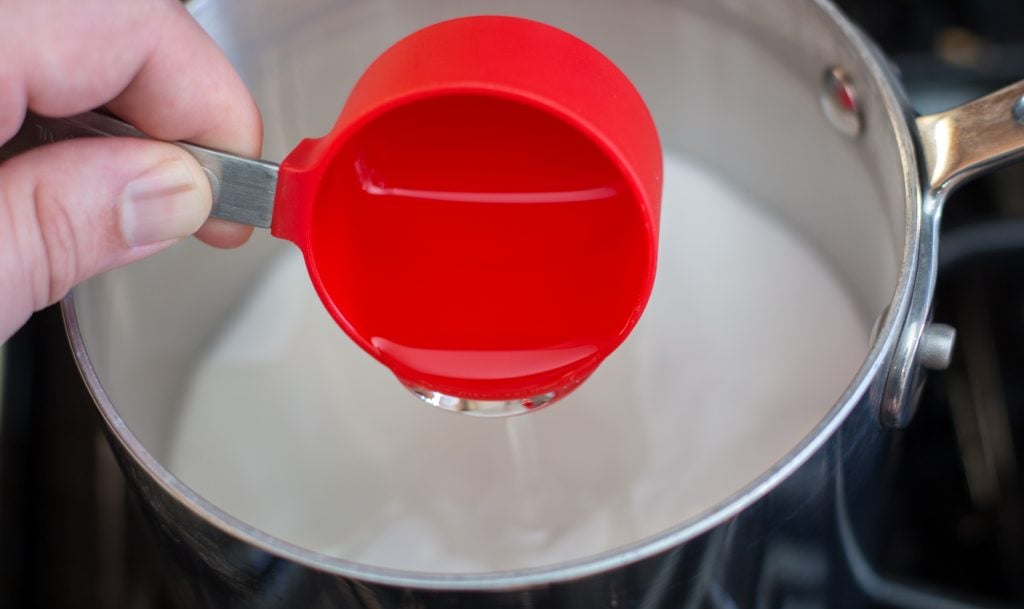 While that is going on, let’s do some other stuff. Using a stand mixer, mix the three egg whites and ¼ teaspoon salt on low until they are just a bit foamy.

This next step will test both your multitasking skills and your patience (and quite possibly our relationship). When the sugary syrup hits 240 degrees F, turn off the heat and add the following to the mix: ½ cup of bourbon and the gelatin mixture. While the gelatin melts, turn the stand mixer back on, this time to high, and start whipping those whites. Whip ‘em real good.

Once the whites have become fluffy and pillow-like, slowly pour the syrupy mixture into the mixer bowl where you’re spanking those egg whites like naughty school girls. Do this slowly! You do not want to be splashed with boiling hot syrup, unless you’re into that kinda thing. Not judging. 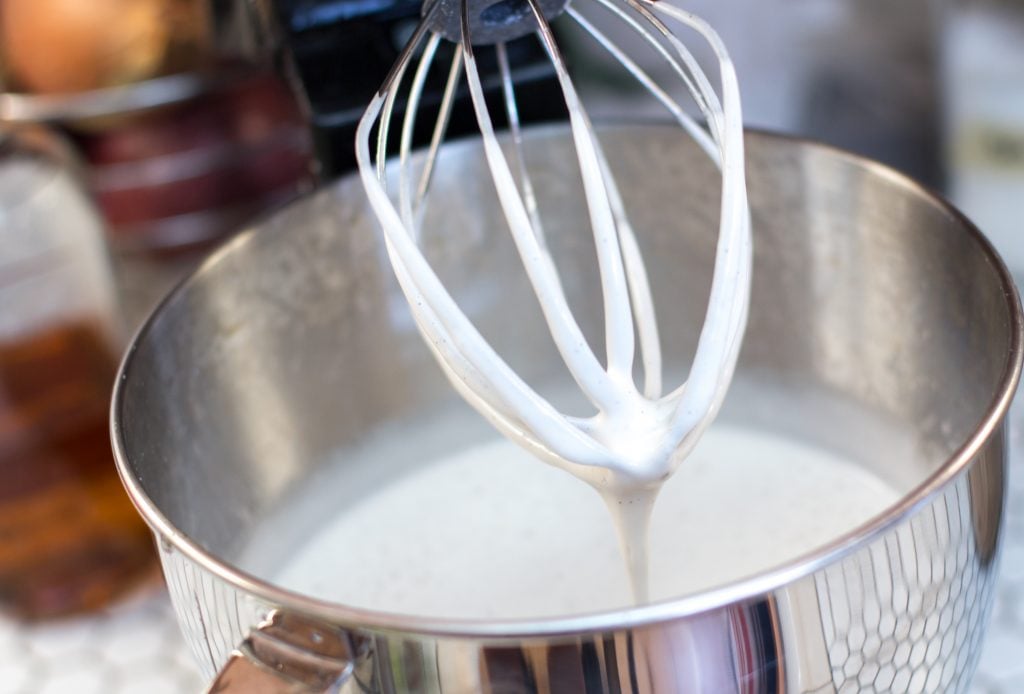 Add in the 2 teaspoons of vanilla extract and scraped vanilla bean seeds and whip it until the mixture is fluffy, stiff and the outside of the bowl is cool to the touch.

While that is going on, using a large mixing bowl, sift together ½ cup cornstarch and ½ cup powdered sugar. This is the coating for the marshmallows. 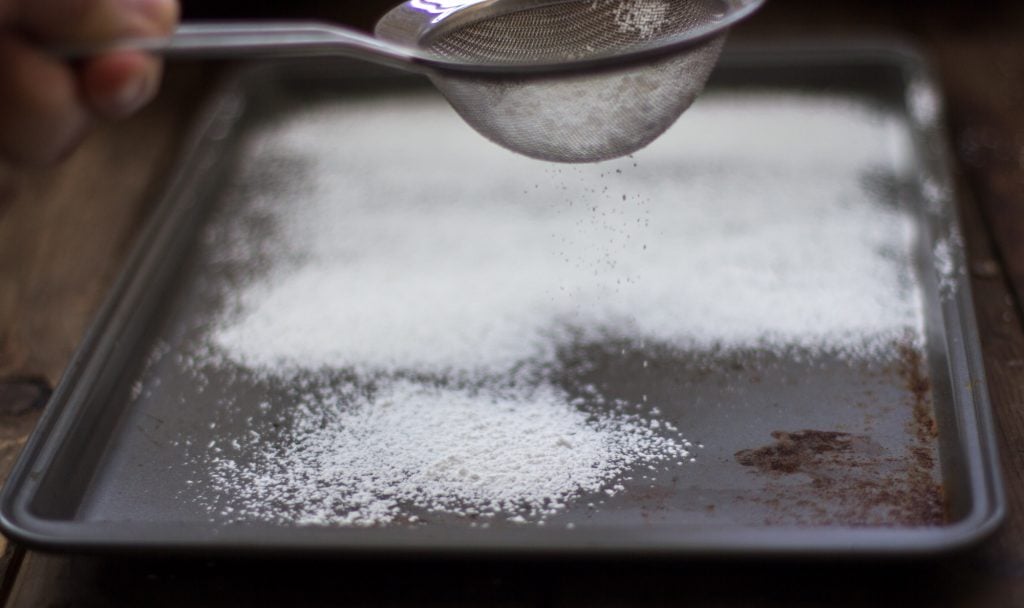 Using a pizza cutter, dusted with some of the coating, cut the marshmallows into any shape or size you want. This is a great time to bust out some funky cookie cutters, right? Unicorns anyone? Toss the cut marshmallows into the mixing bowl with the coating, just a few at a time, and using a spoon, make sure they are fully powdered. Then using a wire strainer, give the mallows a good shake to remove the excess coating. These can be made upto a week in advance and stored in an airtight container. But seriously, no way in hell these would last a week! 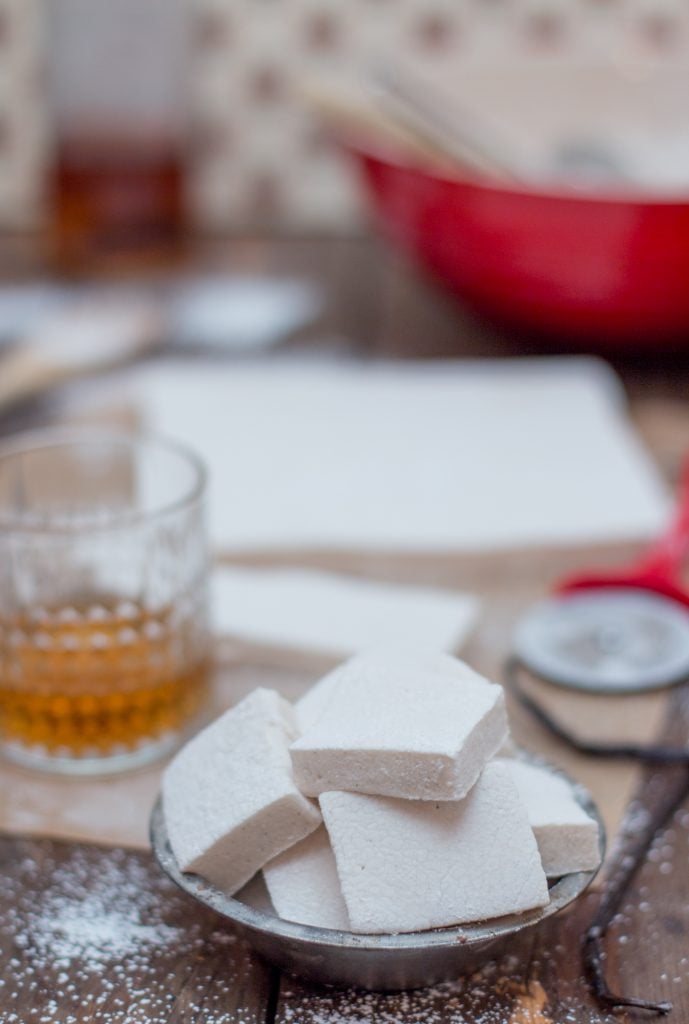